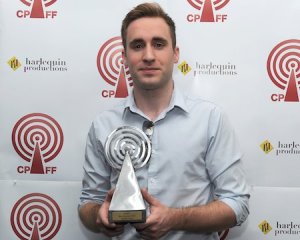 Small Hours saw off competition among a category of great short films to win Best Student Film at the Crystal Palace International Film Festival. The ceremony, was hosted by comedian Mark Steel, who along with Johnny Vegas, made up part of the judging panel awarding the films. The ceremony also saw awards handed out to winners of categories for Best Feature, Animation, Documentary & Music Video. I am very grateful that our efforts were recognised and would like to formally thank everyone involved.